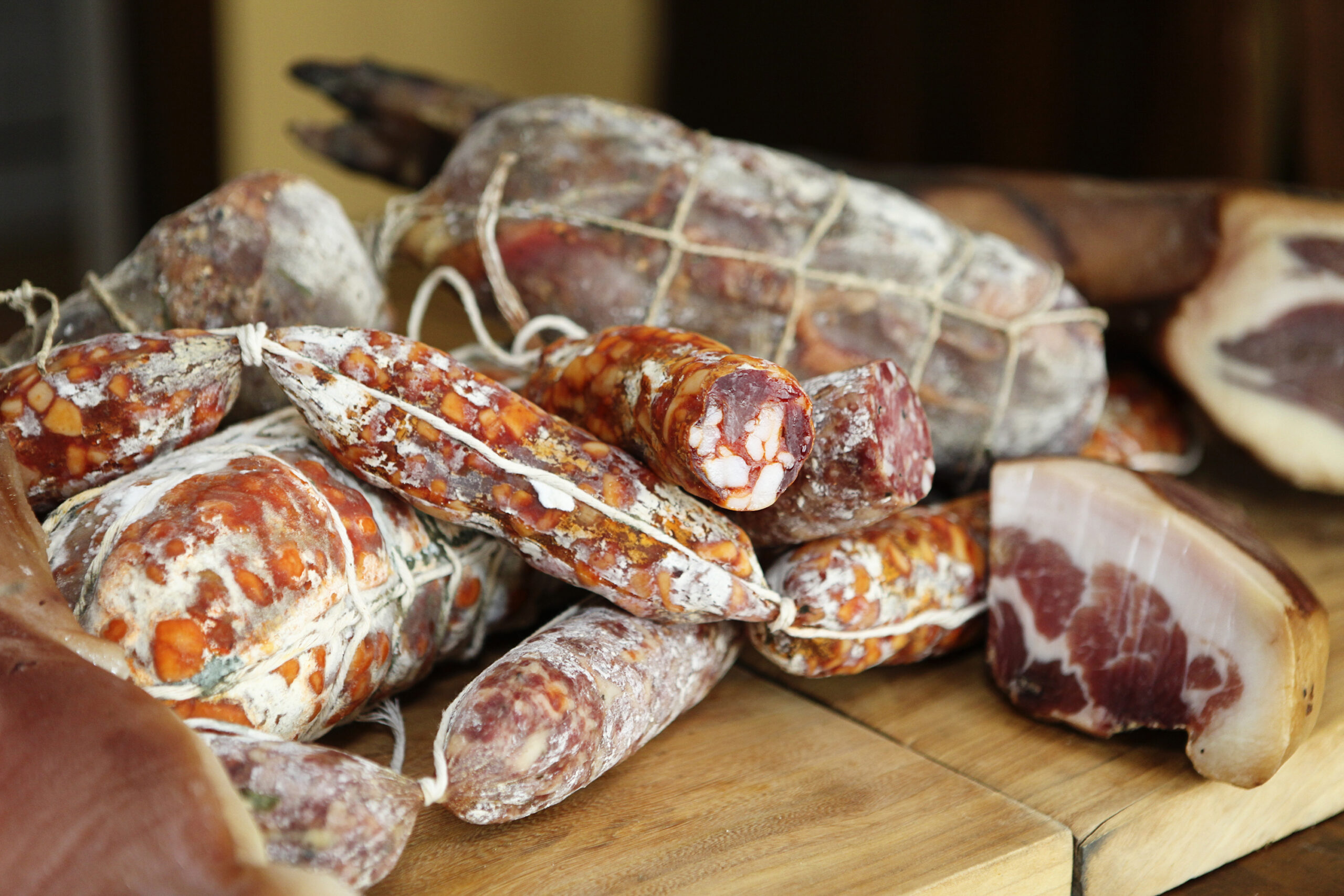 Greg and Mary Reynolds own Riverbend Farm in Delano and are well known throughout Minnesota’s food and farming communities for their impeccable produce, reliability, and good-natured personalities. Chef and salumiere Mike Phillips, currently of Red Table Meat Co. has worked with farmer Greg for over twenty years, buying his produce, cooking at Riverbend Farm for special events, and sharing innumerable back and forth conversations together about each of their crafts.

Greg – and the trusted relationship they’ve built throughout the years – is the reason Mike created Red Table’s popular Boldog salami, only offered seasonally in the winter.

The story of the Boldog begins with Greg’s love of peppers and the abundance of paprika peppers he grew one year. A good growing season is certainly a gift, but Greg found himself sitting on nine hundred pounds of paprika peppers without a home, so he did what he often does: Greg began contacting some chef friends and educating them on the merits of his product.

Greg explains, “Paprika is a funny thing. If you buy a little jar of [your average] paprika, it’s mostly food coloring and pretty tasteless. But paprika made from fresh peppers that have been dried and freshly ground has the most delicious flavor – a combination of sweet and spice.”

Before purchasing, one chef wanted to do a taste test and compare it to his expensive Spanish paprika. He found that the Spanish paprika had a metallic aftertaste, whereas Greg’s didn’t. They wondered if the seeds had been ground along with the peppers. No matter the reason, he determined he preferred the taste of Greg’s paprika and bought the majority of the peppers from Greg, incorporating them into a gourmet goulash.

Mike Phillips was then lucky enough to get his hands on the last of the peppers, which became the impetus for the annual Boldog salami, a product inspired by the abundance of a nearby farm and that farmer’s knowledge.

Mike says, “It makes a difference to make something with all this connection and regionality.”